PSALM 101; Who so ever slandereth his neighbour in secret, him will I destroy.

Iran prepares to shut down Strait of Hormuz

Two more US carriers, dozens of mini-subs rushed to Hormuz

Complaint seeks to have Holder disbarred after contempt vote

Syria takes WMD out of storage: US: Situation incredibly dangerous

Read This First Before You Decide That Preppers Are Crazy

Five Words For the United Nations: FROM MY COLD DEAD HANDS

Fukushima Radiation/Listeners Field Report On West Coast Radiation: I live on the West Coast of CALIFORNIA. Each day, I check three Internet sites: Drudge, your site and Stan Deyo. I find many articles and stories the main stream media doesn't bring up. Let me give my background: I am a semi-retired ATC controller (24 years) who spent 10 years in the Army, traveled all over the world on assignments and have been exposed to lots of stuff. In the Army, we were all trained in NBC warfare and each year we had to attend classes to remain qualified. During my FAA career, I attended a one week course in Radiological warfare and was assigned to test and maintain the various Geiger counters we had at our facility. I do not consider myself an expert but I do know how to work, read and use radiological equipment. more


Closure Of Border Patrol Stations Across Four States Triggers Alarm: The Obama administration is moving to shut down nine Border Patrol stations across four states, triggering a backlash from local law enforcement, members of Congress and Border Patrol agents themselves. Critics of the move warn the closures will undercut efforts to intercept drug and human traffickers in well-traveled corridors north of the U.S.-Mexico border. Though the affected stations are scattered throughout northern and central Texas, and three other states, the coverage areas still see plenty of illegal immigrant activity -- one soon-to-be-shuttered station in Amarillo, Texas, is right in the middle of the I-40 corridor; another in Riverside, Calif., is outside Los Angeles. more SQ NOTE: Can it be any more in your face that southern invasion is imminent!

Obama Gets Civilian Army In Healthcare Bill: Barack Obama has apparently fulfilled his campaign wish of establishing a civilian army along with setting up Universal Healthcare in America. Details of the civilian army were hidden in the voluminous Obamacare bill, which our Congressmen and Senators voted on but did not read. See the Patient Protection Affordable Care Act, page 1312: more

Water Securitization, Agenda 21 and the Right to Life: There is an estimated 366 million, trillion gallons of water on planet Earth. That number appears to be fixed, according to UNESCO’s Intergovernmental Council of the International Hydrological Program (HIP). The alarmist threat of man-made climate change states that where and how this water manifests itself in hydraulic flux across our biosphere is questionable. The HIP are a UN program system devoted to researching and finding natural water resources and managing those resources found. While the UN is well aware that the necessity of water as a vital source for life means the retention of power over all life, they are well into their schemes to develop global governance over all sources of fresh, clean water. more

WHY OBAMA LIES: The truth finally comes out

Senate Set To Approve Controversial UN Gun Treaty: As the United Nations prepares its final push to ratify a controversial gun treaty, the U.S. Senate is set to approve the measure which critics say will not only give away U.S. sovereignty but directly attack the individual gun rights of American citizens, according to a report published Thursday at Stand Up America. Democrats still hold the majority in the Senate. Known as "the U.N. small arms treaty," the measure would regulate private gun ownership, according to firearms rights watchdog groups. Retired Lt. Gen. William Boykin, who has been at the forefront of citizen opposition to the treaty, stated, more

U.S. Army Course Authorizes Use of Deadly Force, Internment Camps During U.S. Civil Disturbance: In a damning new 115 page self-learning course from the U.S. Army Military Police School at Fort McClellan originally issued in April 2006, we learn that the military has a detailed and brutal plan in store in times of mass civil unrest in the United States. This likely comes as no surprise to readers of End the Lie who are familiar with my work on the military’s Internment/Resettlement Operations manual (video is also embedded below), my coverage of the designation of civilian internee in military literature, my coverage of KBR’s so-called “National Quick Response Teams,” and the FEMA “National Responder Support Camps.” more

Muslims: ‘Wipe Christianity From Face Of Earth’ A Muslim group has released its plan to “wipe Christianity from the face of the earth,” Islamize the West and establish an Islamic system of world government – placing those who resist “under a police state.” The 23-page booklet, “The Global Islamic Civilization: The Power of a Nation Revived,” is the brainchild of the United Muslim Nations International, a group led by Sheik Farook al-Mohammedi. The document outlines a plan for Muslim world domination and the re-establishment of the Caliphate. more
With Americas Help End Time Islamic Caliphate Forms: End time watchers should be keeping their eyes on the political positioning of the northern tier African nations after the Arab Spring, which was bolstered by the White House. Libya, Tunisia, and Egypt are a large part of the nations that figure into the end time schemes of the Beast government that seeks to destroy Israel. Turkey, Iraq, Syria, Jordan, Iran, Saudi Arabia, Afghanistan, and Pakistan are others that prominently fit into the end time picture in one way or another. The United States over the past 90 years has played a role in positioning these countries into an Arab-Islamic association that anchors the end time scenario written about by the prophets Daniel, Ezekiel, Joel, Isaiah, Jeremiah, John, and others. more


Cops In USA To Drive Around In Pornoscannerwagons, Covertly Irradiating People And Looking Through Their Cars And Clothes: American cops are set to join the US military in deploying American Science & Engineering's Z Backscatter Vans, or mobile backscatter radiation x-rays. These are what TSA officials call "the amazing radioactive genital viewer," now seen in airports around America, ionizing the private parts of children, the elderly, and you (yes you). These pornoscannerwagons will look like regular anonymous vans, and will cruise America's streets, indiscriminately peering through the cars (and clothes) of anyone in range of its mighty isotope-cannon. But don't worry, it's not a violation of privacy. As AS&E's vice president of marketing Joe Reiss sez, "From a privacy standpoint, I’m hard-pressed to see what the concern or objection could be." more

The Corn Is Dying All Over America

83% of doctors 'considered quitting over Obamacare'

Outrage over mob attack in Michigan

Iran leader: We must prep for 'end of times'

25 Signs The Collapse Of America Is Speeding Up

Did Justice Roberts Pull One Over on the Liberals?

The Collapsing US Economy and the End of the World

Clinton: Syria on brink of catastrophe as rebels advance. The region in danger

Nugent: Roberts is 'a traitor'

There Will Never Be Enough Jobs In America Again

WikiLeaks “Syrian Files” Obtained by Flame to Set Up Assad 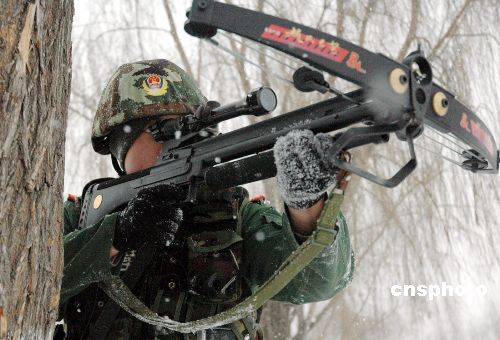 10 Ways That Obama Is Killing Jobs In America

Barack Obama, His Mother, and the CIA

Obama told to back off U.N. gun treaty

'Israel … will turn into ashes within seconds'

Arafat’s body to be exhumed amid poisoning claim