And I will send a fire on MAGOG, and on them that dwell safely in the isles; and they shall know that I am the Lord. EZEKIEL 39-6

Geert Wilders
A photograph of the Dutch politician who is leader of Partij voor de Vrijheid (PVV - Party for Freedom), the third largest national political party in the Netherlands.

On Thursday 23rd June 2011, Wilders was acquitted by the Amsterdam regional court on all five charges brought against him for inciting hatred and discrimination against Muslims.

Islam is said to be having a malign and cancerous influence on public life in the Netherlands, as in other nations in northern Europe, such as Denmark, Sweden, France and the UK. Geert Wilders has described Islam as a fascist ideology, and has compared The Holy Qur'an to Adolf Hitler's Mein Kampf.

"I don't hate Muslims, I hate Islam. Islam is the Trojan Horse in Europe. There is no such thing as moderate Islam. The Koran states that Muslims who believe in only part of the Koran are apostates. Muslims should tear out half of the Koran if they wish to stay in the Netherlands because it contains terrible things. These days Muhammad would be hunted down as a terrorist."

The trial judge in Amsterdam said that Wilders' statements were rude and condescending but not a criminal offence according to Dutch law. "The bench finds that your statements are acceptable within the context of the public debate."

Wilders reminded the court of the Dutch politician Pim Fortuyn, who was murdered in 2002 by a left-wing environmentalist for his political ideas, and the Dutch film maker Theo van Gogh, who was murdered by a Muslim extremist in 2004 after making comments on Islam. "I am here because of what I have said," Wilders stated, "I am here for having spoken. I have spoken, I speak and I shall continue to speak. Many have kept silent, but not Pim Fortuyn, not Theo van Gogh, and not me. The Netherlands is under threat of Islam. Truth and freedom are inextricably connected. We must speak the truth because otherwise we shall lose our freedom."

Geert Wilders has suggested that the right to religious freedom should not apply to Islam, and has called for the Netherlands to ban the building of new mosques.

Retirement As We Know it Is “Dead”

...................................................................................
FROM "STEVE QUAYLE"
TSA Plans Screening Americans in their Homes: Think you could avoid the TSA's body scanners and pat-downs by not flying, taking the train or bus, then you're wrong. The TSA wants to come to your home to complete searches on U.S. citizens even if you do not use any public transport. "This is just the next step in our special TSA pre-crime initiative where everyone will be screened before they even embark on any type of journey. We've heard bad things about you folks who are not even travelling or avoiding public places just because you don't want your groin groped or an internal body search. Well, we have news for you, we'll be knocking on your doors at home to bodysearch you there as well," TSA head, John Lacerta Pistole, told the Washington Observer. more

THE PLAN TO DESTABILIZE SYRIA

Is the FBI Investigating Obama?

Obama’s Sturmabteilung Is Now Rolling Out In Thousands Of Locations Near You!

Federal Reserve Shipped Billions to Iraq Which Were Then Stolen

ComEd: CHICAGO Power outages may not be restored until late Thursday

Posted by Teddy Jacobson at 7:12 AM

A Firestorm On The Eastern Horizon

Gerald Celente: Everything is Not All Right, And Things Are Going to Get Worse

Corporate Offshoring Has Ruined Income and Employment Prospects for America

MCCAIN TO MAKE FRESH RUN FOR WHITE HOUSE? NO, NO, NO... 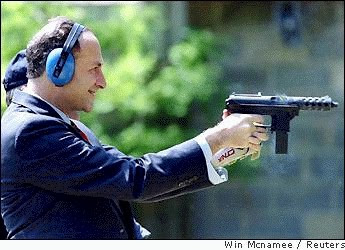 TSA Showdown a Watershed Moment in Battle For Freedom

No-Life Zone: Deeper and Deeper Into the Mire

No Fly Zones Appear Across U.S. At Unprecedented Pace As Events Ramp-UP

Minister Farrakhan: 'That's a Murderer in the White House'

Co-leader of initiative to cede oceans to U.N.-based international law

Panetta's oceans initiative was a key partner of an organization, Citizens for Global Solutions, that promotes world government.

Also, the group’s parent organization, the World Federalist Movement, promotes democratized global institutions with plenary constitutional power. It is a coordinator and member of Responsibility to Protect, the controversial military doctrine used by Obama as the main justification for U.S. and international airstrikes against Libya.

As WND reported, billionaire George Soros is a primary funder and key proponent of the Global Centre for Responsibility to Protect, the main organization pushing the doctrine. The center includes the World Federalist Movement as one of its members and coordinators.

Panetta faces a Senate vote tomorrow on whether to confirm him as defense secretary.

Until his appointment as CIA director in 2009, Panetta co-chaired the Joint Ocean Commission Initiative, which is the partner of Citizens for Global Solutions in a push to ratify U.S. laws and regulations governing the seas.

War with Syria, Iran and Lebanon in the Works?

Clinton says ‘no going back’ in Syria

The USS Bataan opposite Syrian coast

Iran Tuesday, June 14, warned the US against military intervention in Syria. debkafile reports an American naval and ship-borne missile interceptor build-up in the Mediterranean along with US fleet movements in the Aegean, Adriatic and Black Seas. The US Bataan with 2,000 marines, 6 fighter-bombers and 27 helicopters aboard is deployed opposite Syrian shores. Warned of a possible US operation against Syria, Hizballah is moving its ground-to-ground rocket arsenal from northern Lebanon to the center.

US-NATO are Planning a Ground War in Libya, Military Intervention in Syria

‘Up To Seven Civilians Dead’ In Tripoli Air Strike

The Collapse of Nations All By The Hand Of Corrupt Bankers

Forget China, Americans Have Had All Their Communications Bugged For 20 Years

Posted by Teddy Jacobson at 8:49 AM