And it shall be as when a hungry man dreameth, and, behold, he eateth, But he awaketh, and his soul is empty; ISAIAH 29-8 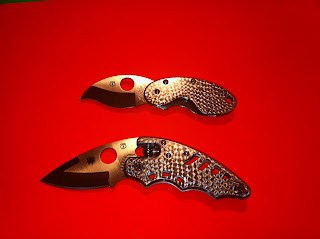 Department of Homeland Security Buying Up Enough Ammo To Wage Seven-Year War Against The American People: As we recently reported, the Department of Homeland Security (DHS), an agency that says its main purpose now is to thwart "homegrown terrorism," has awarded a contract to ammunition manufacturer ATK for acquiring 450 million rounds of .40 caliber hollow point ammo. You can view the announcement of the ammunition purchase at this press release. Many NaturalNews readers may not know this, but "hollow point" ammunition is never purchased for practice or training. This ammunition is purchased for the sole purpose of being used in active fighting. At the same time, it is a violation of the Geneva Convention to use hollow point ammunition on the battle field. more 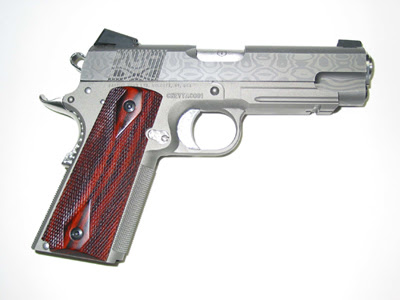 THE FINAL BATTLE - U MUST SEE


China steps back from supporting Assad, parts ways with Russia

Is Middle East trying to explode?

Dutch Government On Brink Of Collapse

Hundreds of Tomahawks deployed near Iran

“NSA’s Capability Could Be Turned Around On The American People”

Will Christians really vote for Romney?

How Obama plans to win

Why Is It Necessary For The Federal Government To Turn The United States Into A Prison Camp?

Red Alert: We Must Resist CISPA Takeover of the Internet!

Hearthbroken that her ailing dad Bill Clinton is dying, loving daughter Chelsea is giving the former President the greatest gift she could - news that he'll soon be a grandfather. Read about Bill's critical condition and Chelsea's touching promise to her frail dad. It's only in the new GLOBE.

Mandatory ‘Big Brother’ Black Boxes In All New Cars From 2015

Globalist Pirates Take Over The Seas

Israeli air force gearing up for Iran attack, moment of truth is near

Professor Obama Gets an F


Europe Will Collapse in May-June: Starting back in August, I began suggesting that we were approaching a Systemic Crisis/ Crash scenario in the markets. The technical and fundamentals both supported this forecast, but I completely underestimated the degree to which the Central Banks and EU would attempt to prop up the market. At that time, I thought it likely we’d see a Crash, which would then be met with another round of stimulus, which would push the economy temporarily into the green. It seemed the most logical outcome given that we were heading into an election year with a President whose ratings were at record lows. more

Executive Order: Federal Government To Take Control of Domestic Natural Gas Production; EPA Set To Move Within One Week: While Americans focused their attention on the Colombian controversy involving U.S. Secret Service agents, prostitutes and excessive drinking, President Obama quietly signed his latest Presidential Executive Order. The Supporting Safe and Responsible Development of Unconventional Domestic Natural Gas Resources Executive Order seeks to create what amounts to a Presidential super committee that will oversee the regulation and development of the ‘unconventional’ natural gas industry for the purpose of ensuring a long-term natural gas supply for the United States, as well as to do so in a safe and environmentally responsible manner. more

Jim Sinclair - Expect Another $17 Trillion of QE & War in Gold: On the heels of the Fed members commenting publicly, legendary trader and investor, Jim Sinclair, told King World News that even though we have already seen $17 trillion of money printing, we should expect another $17 trillion going forward. KWN also asked Sinclair how he knew, from the beginning, that there would be ‘QE to infinity,’ before anyone else. But first, here is what Sinclair had to say about the action in gold: “$1,650 is a comfortable number (for central planners). Haven’t you seen the tremendous jawboning and market intervention to hold gold in that range at $1,650? $1,764 and they lose control. That begins the move which is exponential.” more

Tehran Says If Iran Is Attacked, Nuclear Devices Will Go Off In American Cities: This warning, along with an announcement that Iran would join the world's nuclear club within a month, raised the pitch of Iranian anti-US rhetoric to a new high Tuesday, April 13, as 47 world leaders gathered in Washington for President Barack Obama's Nuclear Security Summit. The statement published by Kayhan said: "If the US strikes Iran with nuclear weapons, there are elements which will respond with nuclear blasts in the centers of America's main cities," For the first time, DEBKAfile's military sources report, Tehran Indicated the possibility of passing nuclear devices to terrorists capable of striking inside the United States. more

New banker bailout to be funded by giant tax hikes

Tornadoes and Supercell Thunderstorms Erupt Across US


Bernanke’s Warning: We Stand on the Precipice of Economic Destruction: Earlier this week, Federal Reserve boss Ben Bernanke again warned that out of control borrowing and spending will eventually destroy the country. Sustained high rates of government borrowing would both drain funds away from private investment and increase our debt to foreigners, with adverse long-run effects on U.S. output, incomes, and standards of living. Moreover, diminishing investor confidence that deficits will be brought under control would ultimately lead to sharply rising interest rates on government debt and, potentially, to broader financial turmoil. more

Storm Over Four Foot Hail: Raging Downpour Leaves Texas Town Covered In Giant Piles Of Hail Stones: A small town in Texas was hit with a whopper of a storm Wednesday morning that left four feet of hail in its wake. Officials from the National Weather Service in Amarillo said that the storm was so severe and the hail so unrelenting that a major highway in Potter County was completely covered. But the photos of the one-off event are so unbelievable that an army of online sceptics have cast doubt on their authenticity, suggesting that instead they may simply show large rocks. more

Joseph Plummer Breaks Down The Deception

Posted by Teddy Jacobson at 8:43 AM