WHEN I SHALL BRING THY DESTRUCTION AMONG THE NATIONS, INTO THE COUNTRIES WHICH THOU HAST NOT KNOWN. EZEKIEL 32-9

America In Decline: A Society In Denial

US: Building freeze must cover Jerusalem, no F-35 warplanes for free

And the Angel of the Lord went out and attacked the Assyrian camp;
One hundred eighty-five thousand.
And when they arose in the morning, they were all dead bodies. (Isaiah 37:36) 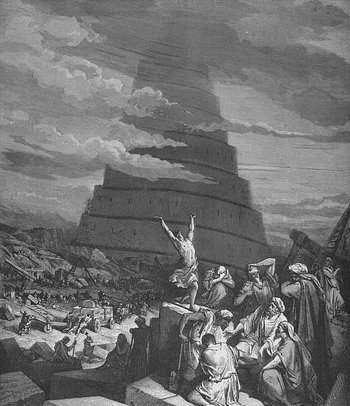 Engraving The Confusion of Tongues by Gustave Doré (1865).

Obama setting the stage for a Bailout of the Airlines next?

Breaking: Former Gov. Ventura Will No Longer Fly Due to Abuse He’s Endured at Hands of TSA

BEWARE OF THE WRATH OF THE HEBREW G-D

US: Building freeze must cover Jerusalem, no F-35 warplanes for free

THIS IS MY COUSINS SCHOOL IN ISRAEL - HE HELPS THE CHILDREN AND THE POOR FAMILIES IN NEED...

TSA IS OUT OF CONTROL - PUBLIC VIDEO 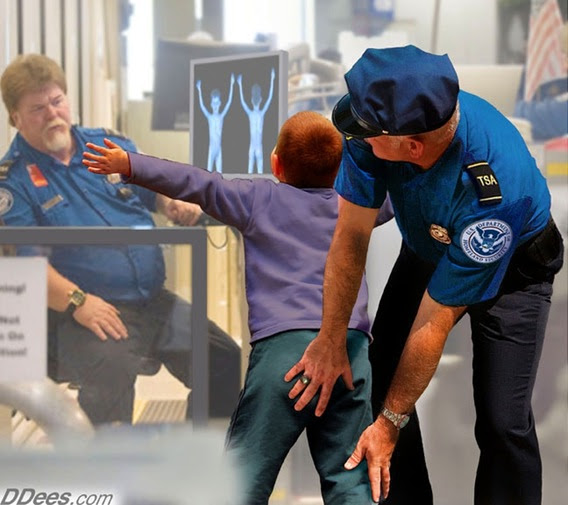 Rockefeller Wants Government to Shut Down Fox and MSNBC

Nato chief says there is no alternative to staying in Afghanistan

Posted by Teddy Jacobson at 8:52 AM

THEN YE SHALL RETURN UNTO THE LAND OF YOUR POSSSESSION AND POSSES IT. JOSHUA 1-15 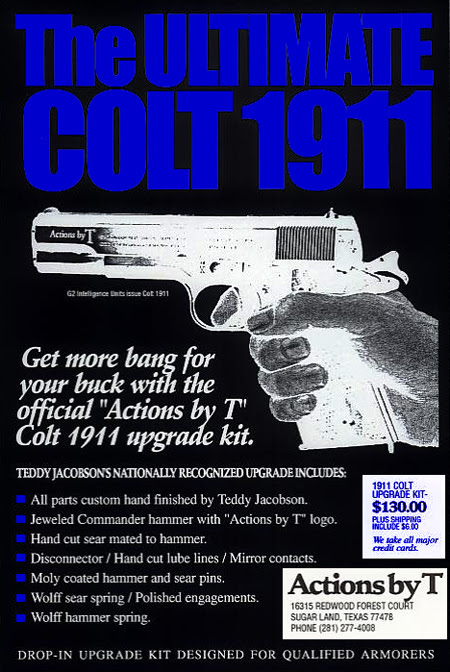 US Kissinger-Bush Deutsche Verteidigungs Dienst Nazi-continuum syndicate has major underground bases in the US, South America, Antarctica and Papua New Guinea.
The old Nazi cabal in the US is hoping to cut a deal with the new global gold-backed currency group to avoid exposure, public trial and execution. More about Deutsche Verteidigungs Dienst (DVD Dachau) here (20.09.08). And more about the Thule Society and the Skull and Bones here.


Finally, perhaps as policy or maybe out of feelings of conscience or morality, Israel's military leaders are giving us clues to what to expect in the next war. This is a startling new reality if interpreted properly in any punctilious reading:

Outgoing military Intelligence Major General Amos Yadlin told the Knesset, "The next round won't be focused on one
theater but rather, will incorporate two or three," he said. "One cannot predict the future according to what happened during Operation
Cast Lead or the Second Lebanon War. It will be much bigger, much wider in scope, and with many more casualties."

Speaking at the International Conference on Fire and Combined Arms in an Urban Terrain in Zichron Ya’acov, IDF Chief-of-Staff Gabi Ashkenazi said that Israel will have to evacuate civilian populations during a future conflict with Hamas in the Gaza Strip or Hizbullah in Lebanon.

November 5, 2010: The head of Israeli military
intelligence warned his political superiors that the next major war
Israel encountered would likely result in much higher Israeli
casualties, especially to civilians (because) enemy missiles have a much longer reach, and can hit targets
throughout Israel. The Iranian master plan is for Hezbollah, Hamas, Syria and Iran to simultaneously fire as
many missiles and rockets into Israel as they can...If the Syrians used chemical warheads,
Israeli casualties could be as high as 16,000. Over 200,000 Israelis
would be left homeless, and it's believed about a 100,000 would seek
to leave the country...No unclassified government planning documents have
discussed what Israel would do in response to such an attack, but in
the past, Israel has threatened to use nukes against anyone who fired
chemical weapons at Israel (which does not have any chemical
weapons). But current plans appear to try and keep it non-nuclear for
as long as possible.

Israel commentator Emanuel Winston is panicking already:"They will target Israeli cities with a saturation missile attack. Therefore, Israel has no valid reason to follow any rules of retrained warfare...Consequently, Israel’s rules of engagement should first authorize preemptive attacks to hit all Arab/Muslim cities – including the small towns where Hezb’Allah has implanted missile launchers among their civilians, to strike every military base and, specifically, to take out key leaders hidden in their bunkers. This should be done with tactical nukes, air fuel bombs, sub-munition bomblets, EMP (Electro-Magnetic-Pulse) explosives that disable every computer-driven vehicle or gadget – in addition to every conventional weapon available. "

And well he should panic. What Israel's military leaders are now saying publicly is merely a hint, not the likely gruesome assessments for the actual Arab master plan going into effect. Summarized one would read:

The plan was to prevent Israel from getting organized by defeating it immediately in an assault of 80,000 missiles in one night. Israel has no defense against even one missile and would collapse quickly in the face of a torrent of rocket fire.
The attack began at 11 PM on a Friday night. Half the army was at home on Shabbat leaves, and in Tel Aviv thousands of young soldiers were in dance clubs. Tel Aviv was the city targeted with 10,000 missiles, many accurate to within a few meters. At 11:04 the missiles landed on the clubs. Dancing was exchanged for death in an instant. Sirens throughout the country alerted the citizenry of the attack but already it was too late for hundreds of victims. Missiles successfully struck the Reading and Hadera power plants and the coast went black. Attacks on the Paz Junction fuel depot caused a huge fireball that spread the flames through North Tel Aviv as far as Herzlia. Those trapped in rubble or fire had no one to extricate them. Even if rescue teams and ambulances could make it through the rutted streets, the searing heat, the encompassing darkness punctuated by the outlines of buildings engulfed in fire, it would have made no difference. Hospitals like Ichilov and Sheba were on their way to becoming gutted ruins.
In concert with Tel Aviv in deadly chaos, waves of missiles attacked airbases, especially Tel Nof and Nir David. Runways were unusable and crews were too overwhelmed to be effective. A combination of Russian surface to air missiles and deep bunkers would have made missions to neutralize the missile sites daunting in any case. With the Air Force barely functioning, the barrage was enjoying unforeseen freedom to continue with all its aims. Learning the lessons of the '06 war, the Israeli Navy was subjected to vicious land to sea missile attacks. Damage to the Dimona Nuclear Power Reactor threatens to become uncontrollable.
Jerusalem was barely targeted, but the destruction of the Knesset and the Israel Museum were deemed justifiable targets. The Dead Sea Scrolls are presumed to have charred beyond recognition in this attack of 70 pinpoint missiles.
Hizbullah and Hamas fifth columns in Israel carried out precise attacks on roads, blowing deep pits in them at locations which could not be bypassed. The army could not reach endangered villages. A 5000 man Hizbullah force has broken through to Metulla and is conducting door to door operations. Even the city's leftists who caused the growing tragedy by appeasing the Islam of permanent war, were not spared.
On the Judean Hills, settlers watched an orange glow on the horizon, interrupted only by missiles landing or gas pipes exploding. Tel Aviv was dying. Those Tel Avivans who could, escaped to the Negev where local tribes and Gazans, who poured into the desert looking for easy pickings, found them. At Hebron, an IDF radio plea to save the Jews there was most telling. "We need reinforcements. We're almost out of ammunition and we are surrounded by a hundred thousand Arabs." The reply was curt and distressing. "All roads are impassible. You're on your own."
What happened there is illustrative of the mass execution of Israelis throughout the new nation of Palestine. Gangs would barge into homes, keep the parents alive long enough to see their children raped, tortured and murdered. Then the husband would be forced to watch his wife slowly screaming in agony while mutilated and raped. The husband, who until recently had a slogan, "Never Again," now knows Never is back bigger and faster than ever. If he's lucky, he'll be kept alive for only and hour or two of violent Islamic justice.
As for God, He didn't show up. We assume He's out of miracles.

**
Last time I tried to send out my book Bye Bye Gaza, the link failed. I fixed it, so again:
Quote from reader this week:
"Bye Bye Gaza is terrible. That's really shakened me. I shall tell my former dentist who was an Israeli about it and get him to order it from you. I can't afford to give him a copy. I tried to tell a former colleague about your books, but she's the typical staunch supporter of Jews no matter what they do and doesn't want to hear it. I think you will have difficulty awakening the Jews. They'll brand you a self-hating Jew."
The book is yours for just $10. Now who, all asked, would pay $10 when I just sent it for free? This is where the honor system enters from stage left.
I have only sent the book to trusted readers. No site or newsgroup received it. There is no news written that could be reprinted anywhere. It's, for now, just you and me. Now, I'm not the total sucker I'm widely assumed to be. I know some won't pay and some might. The some might is reward enough for me and for those loyal readers who cannot afford to pay.

And here is the redesigned page:
http://thebarrychamishwebsite.com/books.htm

My subscription newslist is happy and growing. For a modest fee, my subscribers, get the hidden real news at least ten times a week. Like this one close to my heart. Read to the end:

To help with our cause:

Listen to my radio show:
http://wwfar.com/mp3s/BarryChamish/

BE SURE TO LISTEN TO BARRY CHAMISH
Live TUESDAYS at 3PM PT / 6PM ET ON:
www.FirstAmendmentRadio.com 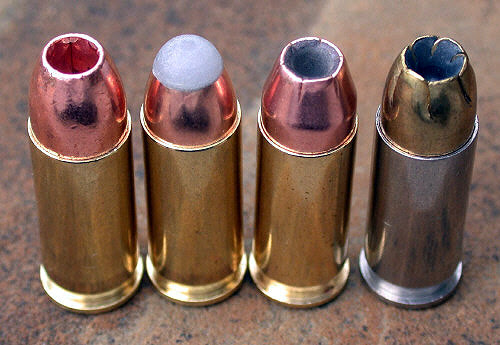 Bank of America Is in Deep Trouble, and There May Be Financial Disaster on the Horizon

Culture of corruption: Rangel (and Pelosi) on trial

General Mcinerney: “I am absolutely certain that is not an aircraft”

Posted by Teddy Jacobson at 8:27 AM