And I will set my face against you, and ye shall be smitten before your enemies; they that hate you shall rule over you; LEVITICUS 26-17

THEY INTEND TO TAKE YOUR GUNS

Obama’s NSA: Close to Knowing All About Us

‘Greeks forced to kill themselves’

Book Obama tried to kill – back from dead

Pentagon has no records of Osama bin Laden’s death

Netanyahu To Delay Iran Attack Until Next Year

Obama Marriage on the Rocks

A special GLOBE investigation reveals that Barack and Michelle Obama's marriage has exploded. Their fragile relationship finally shattered in a shocking midnight phone call during Michelle's trip to Las Vegas. Find out what the First Lady and President said and why insiders now believe the marriage can't be saved - all in the new GLOBE.

Will U.S. Troops Fire On American Citizens? Who would believe that in the year 2012, one would have to ask if the U.S. Military would fire on American Citizen’s? The question of troop involvement in an upcoming Martial Law scenario that is being predicted is no imaginary possibility – nor is it a ‘conspiracy theory’. Other tough questions are being discussed such as, “Will the U.S. government confiscate Gold and Silver in an economic collapse?” and “Will there be a round-up of American Citizens to be put into FEMA Camps?” more

Richard Clarke: All U.S. Electronics From China Could Be Infected: Well, it’s been pretty obvious for a while now that China’s been hacking into some of America’s most important businesses and government agencies and stealing reams of data. We’ve heard countless reports about Pentagon info being stolen or about critical data on the F-35 Joint Strike Fighter being plucked from defense contractors networks — with China being the main suspect. Well, former U.S. counter-terrorism czar –currently running his own cybersecurity firm — Richard Clarke is coming out and saying that all electronics made in China may well have built-in trapdoors allowing Chinese malware to infect American systems on command. more

Defense Department Wants More Control over the Internet: The U.S. Department of Defense may have funded the research that led to the Internet, but freewheeling innovation created the patchwork of privately owned technology that makes up the Internet today. Now the U.S. government is trying to wrest back some control, as it adjusts to an era when cyberattacks on U.S. corporations and government agencies are common. At the RSA computer security conference yesterday, representatives of the White House, U.S. Department of Defense, and National Security Agency said that safeguarding U.S. interests required them to take a more active role in governing what has been a purely commercial, civilian resource. more

Mount Etna Blows Her Top For 5th Eruption In 2012: Europe's tallest and most active volcano, Mount Etna, has erupted for the fifth time in 2012, spewing hot lava and ash in the early hours of Sunday. The lava, which could be seen moving down the mountain's side just after 4am local time, continued to spew until around 5.30am, according to local news reports. Ash from the eruption landed on the villages at the foot of the volcano, however no damage was reported and nearby airports remained open.

Michael Savage: It's 'do or die' for America

Van Jones: Obama Wouldn't Lose Black Vote If He Came Out As Gay

The Supreme Court and Obamacare

”There will be substantial unrest in the US”

New Documents Reveal the Nazi Past of Germany’s Leaders

UN Decides When We Go to War, Without Congressional Approval 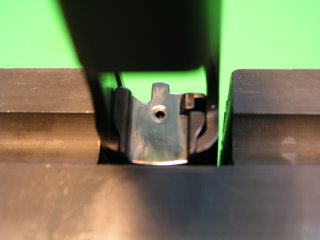 Thus Says The Lord Against the United States: You Have Hastened the Day! Thus says The Lord God, THE GOD, The God of Israel, The God of all: I am coming down in My anger, and wrath shall blaze before Me! I shall fulfill My judgment, for it has come! It shall no more tarry, for the time has come!... Behold! I shall consume and destroy, tear down and make an end! more

Kurdistan, Azerbaijan, Subs In The Gulf: The Israeli Military Encirclement Of Iran – Prelude? Last week, it was announced by Info Live that the Israelis were using military bases in Kurdistan to launch surveillance flights into Iran. Now, the three-way tension between the United States, Israel, and Iran became tenser this week with a widely cited report that Israel is developing a “secret staging ground” in Iran’s neighbor to the north – Azerbaijan – for a possible attack on Iran’s nuclear facilities. Quoting unnamed senior US diplomats and military intelligence officials, a lengthy article in Foreign Policy magazine asserts that “Israel has recently been granted access to airbases on Iran’s northern border. more

DEFCON 2 – Iran Situation Getting Very Serious: Last week in these pages and via my live internet broadcast I warned about a tip that the rumors of an Israeli mobilization were true and that in fact the IDF was preparing and deploying units to forward positions along the Israeli border. The cover for this move is and always has been the “March on Jerusalem” instigated by Marxists and Islamic radicals throughout the world but in fact the reason I was given was that the IDF did NOT want its units caught on base in case of an Iranian retaliatory strike where their armor and infantry would be sitting ducks. more

Taking Liberties: Arrested For Reading The Bible? “Good morning, everyone,” he says to a group of 15 onlookers waiting outside the Hemet California Division of Motor Vehicles. “I would like to read a little bit of the word of God this morning. You can preach on your own property,” an officer from the California Highway Patrol tells Mackey as he leads him away in handcuffs. “Folks, this is what the United States is coming to,” Mackey says to the crowd, who were standing outside waiting for the DMV to open. “You can talk about anything you want, but you can’t talk about the Bible.” more

Why Would HHS Buy Bullets? Are They Expecting Something?

Al-Assad and his WMDs?

FBI Taught Agents They Could ‘Bend or Suspend the Law’

Iran Could Recover From Military Strike In 6 Months

With the Focus on Syria, Mexico Burns

March 31: Operation Global Blackout: Hackers Intend to Shut Down the Internet by Disabling Core DNS Servers: The hacking group known as Anonymous intends to attack the core servers that control the routing of all internet traffic. DNS, or Domain Name Servers, are a critical backbone of the web and make it possible for internet surfers to reach web site destinations by typing in a domain name in their browsers. Once a particular web site is requested, a query is sent to a domain name server, which then redirects that web address to a specific IP address on the web. Without these servers, access to web sites through traditional means (typing in a ‘dot com’) becomes impossible, because there is no way to direct the traffic to the appropriate web site destination. more

Government Study Claims Nuclear Blast In Washington DC Wouldn’t Destroy City As World Leaders Discuss Threat of Nuclear Terrorism: A little read government study published in November 2011 downplays the dangers of a potential nuclear blast in Washington DC. In a move that seems almost off the script for the powers that be, the corporate media is reporting that this study was supposed to be for official use only and shows that an attack in Washington DC wouldn’t be all that devastating. An Associated Press article covered the report as if they wanted to make sure that they published some sort of article on it but did so in a standoffish, reluctant sort of way. more

Obama tells Putin and Khamenei: Wait until after my election

A588 would enable the Attorney General to ban handgun and rifle ammunition by executive fiat.

Common hunting, target, and self-defense ammunition would be subject to ban under A588, along with BB’s, airgun pellets, and plastic airsoft pellets!

Barack Obama: I Have A "Moral Obligation" To Neuter America: Barack Obama actually plans to do it. He actually plans to neuter America by unilaterally dismantling most of the U.S. strategic nuclear arsenal. In fact, Barack Obama says that the United States has a "moral obligation" to disarm as we lead the way to "a world without nuclear weapons". Sadly, a "world without nuclear weapons" is a fantasy that will not be possible any time soon. Nuclear weapons technology is getting into more hands with each passing year, and geopolitical tensions are rising all over the globe. If the United States did not have nuclear weapons, anyone with just a handful of nukes would constitute a massive threat to our national security. An overwhelming strategic nuclear arsenal helps keep us safe because every other nation on the planet knows that it would be national suicide to attack us. more

The Global Armageddon Scenario: Geopolitical analysts have analyzed the potential blow-back from an Israeli war with Iran and have projected a variety of scenarios that would affect the United States and other nations. The French International News Service announced Tuesday, March 20, 2012, "The CIA and other US officials admit they now have no information about the Iranian leadership taking the political decision to produce nuclear weapons." Iran's supreme leader Ayatollah Ali Khamenei warned that Iran is ready to strike back against either the United States or Israel "at the same level as they attack us.""I am almost certain that such a decision will surely be taken after (any) strikes on Iran," Russian Foreign Minister Sergei Lavrov observed. more

Barack Obama’s Grovelling Before The Russians Is An Embarrassment

Obama Replacing U.S. Military With His Own National Security Force?

Veterans About To Get Shafted By The Illegitimate President

My Declaration of Independence-Take Down the Flags America

Will Government Confiscate all Gold and Silver under National Defense Resourse Preparedness?

Posted by Teddy Jacobson at 8:06 AM