And I will set my face against you, and you shall be smitten before your enemies; they that hate you shall rule over you; and ye shall flee...........

LOOKING FOR HANDGUN ORIENTED MACHINIST IN THE HOUSTON, TX AREA 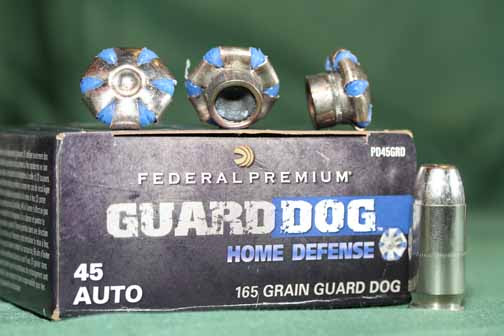 
New Executive Order Seizes Control over Civilian Activities: A new Executive Order signed on March 16, 2012, gives Obama the power to seize all forms of transportation, food, and any other civilian services including health care, for national defense, as well as to conscript necessary persons for a National Defense Executive Reserve. This is an all-inclusive E.O. that executes total control over everything from home gardens to any form of transportation, to forcing people to work for the collective. Read it and weep. more

The Department of Homeland Security Plans To Build A High-Risk Virus Research Center In The Heart Of America: The Department of Homeland Security (DHS) is set to begin construction on a new high-risk bio-weapons research facility on the campus of Kansas State University in Manhattan, though critics say the decision is fraught with risk because of the potential for damage from nearby earthquake fault lines. In a statement on its Web site, DHS said it needs the new facility to replace an aging one located at Greenport, N.Y. That facility, known as the Plum Island Animal Disease Center, has been in operation since 1954 and is nearing the end of its useful life. more

Brent At $126 As Israel Security Cabinet Votes 8 To 6 To Attack Iran: Looking at the tranquil sea that is the S&P one may be forgiven to ignore the rapid intraday surge in Brent which was up over $3 in a few hours, approaching $126 once again. But why? After all the FOMC minutes were oh so very slightly hawkish, and not to mention that the Fed's scribe Hilsenrath told everyone at best the Fed would proceed with sterilized QE which would leave risk prices untouched. Maybe it has something to do with this. According to Israel's NRG, in a just completed cabinet vote, for the first time Netanyahu has gotten a majority (8 over 6) supporting an Iran attack. more

Iran Threatens Hormuz and World Oil Supply After Trade Links Cutoff: Former Intelligence Minister Ali Falahian, Iran’s senior spokesman on sanctions, said Sunday, March 18, that if the US and Europe think they can ignore international law to promote their interests, they should know that Iran will respond in kind everywhere it can. “I suggest that the West take seriously our threat to close the Strait of Hormuz,” he said in Tehran’s first response to the SWIFT decision to sever ties with Iranian banks to enforce European sanctions on its nuclear program. A large fleet of 4 US and French nuclear aircraft carriers and eight minesweepers and mine-hunting helicopters have piled up on both sides of the Strait of Hormuz, through which 17 percent of the world’s daily oil supply passes, and Israeli naval vessels have deployed in the Red Sea. more

The US Is Sitting On A 200-Year Supply Of Oil

Obama Executive ‘Order’: US can seize any person, any resource, any time

The Obama Administration: All Your Privacy And All Your Stuff Belong To Us

Holder 1995: We Must ‘Brainwash’ People on Guns

If a President Has a Power to Assassinate You…

Medical terrorism in Michigan? Parents forced by the state to poison their child with cancer-causing chemicals

FEMA Corps To Be Brownshirts For Homeland Security Emergency Response?

Obama signed a new Exec. Order in the night that allows him to take over all libertys 3/16/12

Fires of Hate Burn on in Afghanistan

Why Did The DHS Just Order 450 Million Rounds of .40 Caliber Ammunition?

'Media establishment has no power over Rush'

Up to 20 US troops executed Panjwai massacre: probe

Is God of Israel speaking to America?

Rush and the new blacklist

Is Ron Paul the victim of voter fraud?

The 3 Coming False Flags: False flag operations are covert operations designed to deceive the public in order to make the attack look like some outside force carried it out. This gives a nation the ability to start a war and make it look like they were the victims. This is very important if the public does not want wars and it also limits the ability to for opposing interests to stop the new war. Any opposition foreign or domestic would immediately put in the same category as those they claim that did the false flag. False flags do not happen very often, but when they do happen, they change the paradigm we operate in. more

Vets Angry Over American Flag Featuring Obama: Tempers are flaring over a version of the American flag flying in Lake County. A veterans group says the flag is an outrage. The flag, which features a picture of President Obama, was taken down Tuesday afternoon. Korean war veteran Don Van Beck said his blood was boiling. "I can't describe how upset was because you just don't do that to the American flag," Van Beck said. Van Beck found it flying outside Lake County Democratic headquarters under the stars and stripes. Marine Corps vet John Masterjohn was seeing red. more

Remarkable Week-Long March Heat Wave Hitting U.S. A highly unusual week-long heat wave is building over much of the U.S., and promises to bring the warmest temperatures ever seen so early in year to a large portion of the Midwest. The exceptional heat will also be exceptionally long-lasting: record-breaking temperatures 20 - 30 degrees F above normal are expected today through next Wednesday for much of the Midwest and Northeast U.S. The weather system responsible is a large upper-level ridge of high pressure that is "stuck" in place--a phenomenon known as a "blocking pattern." more

Friends No More? Egypt’s MPs declare Israel No. 1 Enemy: Egypt calls Israel its number one enemy, saying it will “revise all its relations and agreements” with Tel Aviv. In a protest against Israeli attacks on Gaza, Egyptian MPs have voted to expel Israel's Ambassador in Cairo, and to halt gas exports. ?"Egypt will never be the friend, partner or ally of the Zionist entity [Israel] which we consider as the first enemy of Egypt and the Arab nation," reads the text of a report prepared by the Arab Affairs Committee of the People's Assembly, the lower house of Egyptian parliament. more

Donald Trump: Say it is so, Sheriff Joe

Who Decided That It Was Okay To Replace The Stars On The American Flag With The Face Of Barack Obama?

Israel develops its own bunker buster

Why Are Millions Of Americans Preparing For Doomsday?

It’s now illegal to know what’s in your food

‘US warns Iran: Accede or be attacked’

O'Reilly: I'm too busy to report on Obama eligibility

Broken Promises: Pensions All Over America Are Being Savagely Cut Or Are Vanishing Completely

POLL: 88% of Americans Vote YES to an Obama Impeachment

Look how many in GOP think Obama is Muslim

Posted by Teddy Jacobson at 7:00 AM