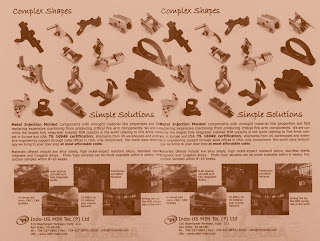 The knife industry is constantly pushing the envelope searching for, and testing, higher performance blade steels. ZDP189 is rapidly asserting itself as an up-and-coming steel. It's a powdered metal made by Hitachi that has phenomenal chemistry with 3% carbon. The hardness is around 64Rc and edge retention is exceptional. This solid ZDP-189 steel blade is the hottest, hardest and highest performing steel in the knife industry today.

Can Obama's detention plans be stopped?

The Nanny State is on a Mission to Enslave All

RECOMMENDED "CRKT" EROS - THIS IS A KEN ONION DESIGN DESIGN _ IT DOES NOT GET ANY BETTER THAN THIS FOR A LIGHT WEIGHT CARRY KNIFE WITH A TITANIUM HANDLE. IT COMES IN TWO SIZES. YOU MUST SEE THIS KNIFE TO APPRECIATE THE SUPERB WORKMANSHIP.

The "Spy" Who Loved Jeff Rense

Brzezinksi: USA will not support Israel if they attack Iran 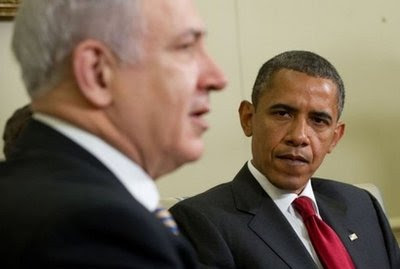 
From the Ulsterman Report


Insider -- Now you need to understand here...the situation in the Middle East is very volatile at this point. Gettin' worse every damn day. Horrible over there. State knows it. NSA - CIA - Pentagon...they are all on edge with this thing. But not so much the president. His focus is on November, 2012. It's on the applause of the crowds. It's on looking cool again, right? What I told you before about that - looking cool?

So the Saudi info is put out there - tied in with the Middle East thing - the Israeli situation.

Now here's the president's reaction. Here's what he says - verbatim.

Ron Paul: No Coordination With Romney

Congress Gives States the Right to Drug Test the Unemployed

Insider Warns Family Of EMP Strike On U.S. This Year: I don’t say this lightly. It shocked me as well when I heard it. This information came to me in a very synchronistic way, as is so often the case. No anonymous phone call. No dark suited stranger whispering at a street corner. It came out in a conversation with a young man managing a cool store who turned out to be a research enthusiast. I’d never met him before and we just “happened” to strike up a conversation. And one thing led to another. more

Experts Evaluate Earthquake Potential Off Washington Coast: In the eleven months since the massive quake and tsunami hit Japan, the world's leading earthquake scientists learned that a mega quake in the Northwest could be a lot worse than experts have predicted. The Northwest's largest earthquake zone, just off the coast, which is called the Cascadia Subduction Zone mirrors the area where the quake rocked Japan last March. From the data recorded there, the Seattle Times reports that experts now believe a mega-quake in the Northwest could be more severe. more

Is Real ID a Step Toward ‘Mark Of The Beast’? Is the Real ID a precursor to the end-time world dictator known in Bible prophecy as the Antichrist? A Randolph County school teacher is convinced there is an eventual link, and wants West Virginia lawmakers to grant anyone with a religious conviction an exemption from the license that employs biometrics. “If we as Christians comply with the Real ID act, we would be enrolled into a global system of identification that directly links our body through biometrics to our ability to buy or sell,” Philip Hudok told the Senate Transportation and Infrastructure Committee Tuesday. more

Obama Threatens To “Hold Accountable” U.S. Soldiers for Burning of Koran: Multiple reports now circulating of President Obama quickly taking the side of Muslims against American soldiers who were simply following orders to remove and burn materials taken from terrorist detainment cells in Afghanistan – including already defaced copies of the Koran. While there exists an argument that Barack Obama is simply hoping to diffuse the agitation among Afghans that the destruction of some copies of the Koran has caused – that argument falls short of explaining the aggressive tone the Commander in Chief so quickly took against the very American soldiers his administration so often uses as political props when the opportunity presents itself to the Obama re-election campaign. more

No justice for Florida woman tasered to brain death

Expect a Rash of ‘Water-Damaged’ Scanners at Airports

Ron Paul Is Being Cheated Out of the Republican Nomination

Has Ron Paul Formed a Political Alliance With Mitt Romney?

Britain at risk from ‘GoldenEye’ electromagnetic pulse attack from space

TIGER WOODS IS A BUM!

‘We’ve Got to Do the Job’: Former Netanyahu Chief of Staff Says Israeli Strike on Iran ‘Imminent’ The former chief of staff to Israeli Prime Minister Benjamin Netanyahu said Saturday an Israeli strike against Iran’s nuclear facilities is “imminent.” Naftali Bennett appeared on Fox News’ “Huckabee” and painted a dire picture of a world with a nuclear Iran, saying Israel will not hesitate to take action if necessary — and that time is of the essence. “We’re at the very last moment. This is going to be the first time in history that a maniacal, radical Islamic regime will acquire a nuclear weapon,” he said. “The day after they have a bomb will be a different day for the entire world.” more
-------------------------------------------------------------------------
Iran cuts down to six weeks timeline for weapons-grade uranium

DSK arrested by police for ‘complicity in pimping’, via sex parties all over the world

Posted by Teddy Jacobson at 8:36 AM