And Seven months shall the house of Israel be burying them, that they may cleanse the land. Ezekiel 39 - 12

REBELLION IN AMERICA
WND Exclusive
Voters to Congress:
We're not buying it

Footage of Mass Troop Movements Across U.S. – Are They Getting Ready?

A SECRET WAR IN 120 COUNTRIES

Alex Jones speaks about his 50 guns

Bill Clinton attempts to kickstart Iraqi Dinar revaluation. Thirty billion new US Dollars, printed by Bank of England in UK, diverted by Jamie Dimon through Guatemala to Citibank, Chicago. Barack Obama opens big new family bank accounts in Sao Paulo and Brasilia (Brazil).
Prominent individuals said to be involved in enabling the covert capital flows include George Bush Jnr, Timothy Geithner and Paul Sagae (or Sigue? - the Bush syndicate's Connecticut Trustee). A related papertrail threads through the Vatican Bank. It is understood that the scam has an operational connection with the Edward Falcone funds theft and with the disbursement of The World Global Settlement Funds. 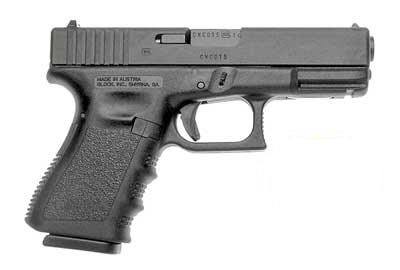 Fairgoers 'pulled out of cars'...

'They were just going after white people'...

Texas, I Rather We Secede Than Be Ruled by a Super Congress and a Dictator

Critical Alert From Banking Operations I/T Mgr.: I work in the global network operations center of one of the largest US, banks. I oversee the group that manages the high tech software that monitors the 50k+ devices that make up its global network infrastructure. We received an urgent notice that, effective immediately and until further notice, there is a freeze on all configuration changes, for all network devices across the globe, that have a role in the trading of US Treasury (interest rate sensitive) instruments, US debt securities, equities and all capital markets. This is "in response to the US Treasury debt crisis" the folks in D.C. are arguing about like soiled children. To put it into perspective, we see roughly 1000 changes every week, so this is a pretty big freeze and very much out of the ordinary. more

that seeks our destruction'

The Mysterious Death of Osama bin Laden: Creating Evidence Where There Is None

It may be early in the campaign season, but the Communist Party USA already has seen fit to endorse Barack Obama for the 2012 election.

While noting he is disappointed with "some aspects" of the Obama administration's domestic and foreign policy, Sam Webb, chairman of the Communist Party USA, threw his support behind Obama's re-election bid.

In an article last week at People's Weekly World, the official newspaper of the Communist Party USA, Webb discussed the need for a third party consisting of the so-called working class and labor as well as "racially and nationally oppressed people, women, youth, immigrants, seniors, gay and straight." 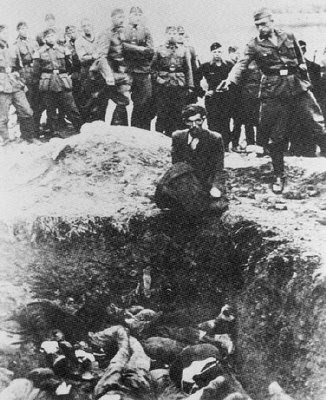 From Russia With Love: Obama’s Own Postal Stamp

This is a present from Russia to say Happy Birthday Marxist Obama, you have done well. Russia has commemorated Postal Stamps in Obama’s honor of his 50th Birthday.

Now you can puke. This is not a joke!

Russia’s Post Office has issued a collection of stamps and envelopes to mark the 50th jubilee of the US President Barack Obama.

Posted by Teddy Jacobson at 8:19 AM

"BE STRONG, FEAR NOT" ; Behold your G-d will come with vengeance ISAIAH 35-4

Opponents Of Debt Hike to be Barred From “Super Congress”

Super Congress ‘Will Lead Us Into Dictatorship’

Super Congress: the final nail in the coffin

The Decline and Fall of the American Empire

The so-called “Super Congress” that is about to be created with the debt ceiling vote will have powers far beyond just controlling the nation’s purse strings – its authority will extend to target the second amendment – eviscerating normal protections that prevent unconstitutional legislation from being fast-tracked into law.

1ST AMENDMENT UNDER FIRE
WND Exclusive
Blast a politician?
It could mean jail

The Truth About The Debt Deal: It’s Pretty Much Meaningless

Debt Deal is a Blank Check

I HAVE WRITTEN TO YOU CONSTANTLY. I NEED SOME ONE TO HELP ME WITH MY VERIZON ACCOUNT. I AM PLEASED WITH MY BLACKBERRY BUT AM NOT PLEASED WITH THE WAY YOU IGNORE ME. MY PHONE NUMBER IS 281 565 6977 THIS IS MY LAND LINE.

I AM FAMOUS IN MY FIELD OF HANDGUN WORK AND I DO NOT TREAT MY CUSTOMERS THIS WAY. IF YOU EVER WANTED MY EXPERTISE I WOULD HAVE TO THINK TWICE BECAUSE OF THE WAY YOU HAVE IGNORED ME. THERE MAY COME A DAY.

YOUR TOP CEO IS A JOKE AS HE DOES NOT CARE ABOUT PEOPLE LIKE ME. I AM THE ONLY ONE IN NORTH AMERICA THAT DOES WHAT I DO. www.actionsbyt.com
I WOULD NEVER TREAT YOU LIKE HE HAS TREATED ME.

READ EZEKIEL 18-4 G-d TAKES CARE OF YOU ELITISTS IN THE END NO ONE TAKES THEIR MONEY OR GOLD WITH THEM IN THE COFFIN.

I JUST WANT SOMEONE TO HELP ME. I MADE A TERRIBLE MISTAKE WHEN I SWITCHED FROM AT&T AFTER OVER 20 YEARS TO VERIZON.

A COPY OF THIS GOES TO MATT DRUDGE ON MIAMI BEACH AND JOSEPH FARAH OF WORLD NET DAILY.

The Darkness (Greece) is on the face

July heat in Washington was unprecedented from California military base

The US Is Facing A Day Of Reckoning Over The Defecit

Celente: Elite won’t trade off revenues to save America from default

Posted by Teddy Jacobson at 8:29 AM