DEUTERONOMY 11-26 Behold, I set before you this day a blessing and a curse:

Barack Obama: I Have A “Moral Obligation” To Neuter America

“This Is A Train Wreck For The Obama Administration!”

Rand Paul Stands Between US War With Iran

"TOWER OF BABEL" - "CONFUSION OF TONGUE"

Hammer Ready To Drop on Supplement Industry After Presidential Election

Charged With Assault For Pointing Finger At Cops

Gov't. Buying All 5.56 Military Surplus Ammo & Telling Ammo Dealers to Stop Selling to Vendors & Civilians: I have been calling allot of ammo distributors and ALL of them are telling me that our government is all the 5.56-.223 cal military surplus ammo. And their also telling the ammo distributors stop selling the ammo to civilians and their vendors because the government is buying it all up from everyone they can. I have also spoken with theses ammo dealers and they told me that the 5.56 and .223 ammo is going way up in price. For instance...I paid $149.00 for federal surplus 440 rounds of steal core and now at the gun show today it was selling for $440.00 for 420 rounds. more

U.S. Soldiers going Unpaid for Months due to Bureaucrats 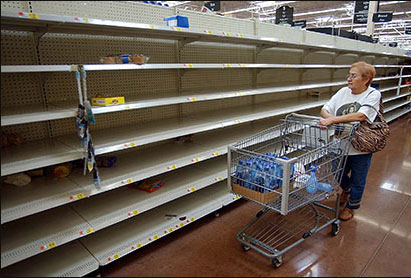 Obama's jokes about his eligibility 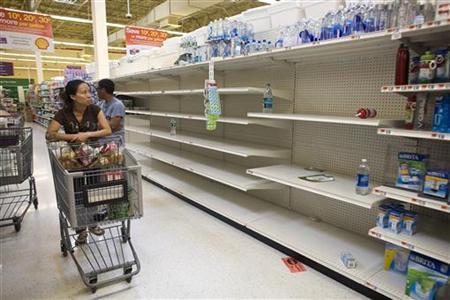 Feeding The Homeless Banned In Major Cities All Over America: What would you do if you came across someone on the street that had not had anything to eat for several days? Would you give that person some food? Well, the next time you get that impulse you might want to check if it is still legal to feed the homeless where you live. Sadly, feeding the homeless has been banned in major cities all over America. Other cities that have not banned it outright have put so many requirements on those that want to feed the homeless (acquiring expensive permits, taking food preparation courses, etc.) that feeding the homeless has become "out of reach" for most average people. Some cities are doing these things because they are concerned about the "health risks" of the food being distributed by ordinary "do-gooders". more

Source Says Feds Are Buying Up All Surplus Ammo

Just days ago a military ammunition supplier announced that the Department of Homeland Security had entered a contract to purchase 450 million rounds of .40 Caliber ammunition, which is more than one bullet for every man, woman and child in the United States.

Subject: Government buying out all the 5.56 Military surplus ammo and is telling ammo dealers to stop selling to their vendors and civilians.

I have been calling allot of ammo distributors and ALL of them are telling me that our government is [buying out] all the 5.56-.223 cal military surplus ammo. And they’re also telling the ammo distributors stop selling the ammo to civilians and their vendors because the government is buying it all up from everyone they can. I have also spoken with theses ammo dealers and they told me that the 5.56 and .223 ammo is going way up in price.

For instance…I paid $149.00 for federal surplus 440 rounds of steel core and now at the gun show today it was selling for $440.00 for 420 rounds. I have checked and ALLOT of places online are out of the Military surplus ammo by federal [including] M193 and M855 SS109 ammo. I did find one place still carrying both these ammo’s and good prices still, but they’re the only place I could find. If interested let me know and Ill forward the info.

I was also told by the same ammo dealers that the government is going to buy all the 9mm and .45 ammo up, so hurry and buy while you can at the lower prices while still available. Guess if they won’t take our guns because they figure that there are some many out there, they will just buy all most popular military calibers. Can’t shoot a gun with no ammo…stock up now while you still can.

What Is Causing The Strange Noises In The Sky That Are Being Heard All Over The World?

1001 Moonless Kinetic Nights: Presenting The Windows Of Opportunity For An Iranian Attack

Stratfor Emails: US Government Contractor Was Involved In Gaddafi Killing

Notice To All Gun Owners!!!! Tagging A Gun Owner's Vehicle

Super-Bolt Rumbles In Skies Over Oklahoma

When They Stop Buying Our Debt: "You’ll See a Worldwide Depression That’ll Make the 1930's Look Like a Kindergarten"

Gov’t Study Asks: What Happens if Someone Nukes D.C.?

The Giant, Underestimated Earthquake Threat to North America: Just over one year ago, a magnitude-9 earthquake hit the Tohoku region of northeastern Japan, triggering one of the most destructive tsunamis in a thousand years. The Japanese—the most earthquake-prepared, seismically savvy people on the planet—were caught off-guard by the Tohoku quake’s savage power. Over 15,000 people died. Now scientists are calling attention to a dangerous area on the opposite side of the Ring of Fire, the Cascadia Subduction Zone, a fault that runs parallel to the Pacific coast of North America, from northern California to Vancouver Island. This tectonic time bomb is alarmingly similar to Tohoku, capable of generating a megathrust earthquake at or above magnitude 9, and about as close to Portland, Seattle, and Vancouver as the Tohoku fault is to Japan’s coast. more

Cop Arrests NBC Reporters, Says "Your First Amendment Right Can Be Terminated" Two NBC journalists were handcuffed and threatened by Chicago police after attempting to report on the murder of a 6-year-old girl yesterday, NBC Chicago reports. Another NBC journalist was also detained by police outside Mt. Sinai Hospital, where the girl had been taken following a fatal shooting during city wide violence over the weekend. Police were called to the hospital shortly after reporters arrived on the scene. The journalists said they has already moved away from a public sidewalk and across the street at the request of the police. more

President Obama Will Be Forced By Circumstances To Apologise: Genuine Birth Certificate Surfaces: Now it is here and places the president in the African continent. The debate surrounding it will now end after the revelation, and those who have not been telling the truth will have to be made answerable one way or another. The revelation, however, coming during this election year 2012 is doing no good to the democratic party. API on Tuesday the 6th March evening received President Obama’s genuine birth certificate. API decided not to hurry in publishing it immediately because we wanted to be sure of the content value. more

Sheriff Arpaio: A Media Conspiracy ‘Bigger than Watergate’ – My Obama Investigation Was Covered-Up: This could be one of the most detrimental issues the country is facing as the POTUS (President of the United States) can not even pass an e-verify check — Yet, Barrack H. Obama is in control of our nations nuclear arsenal. Did the Sheriff bite off more than he can chew or does he have the courage to head off with the Puppet Masters that lurk behind the Vail? We are talking about interfering with the globalists everlasting martial law measure that was implemented upon America in 2009 with help from the globalist controlled World Health Organization (WHO) and United Nations (UN) bodies. more

Obama Seizes Control Over All Food Production Under Executive Order

‘Madness’ is not the reason for Afghan massacre

Chicago Cop: I have Authority to Shut Down First Amendment

Government Killed Over 260 Million in the 20th Century, Poised to Kill Billions More in the 21st