GOOGLE NO LONGER ALLOWS ME TO PUT PICTURES OF ANY DECENT SIZE ON MY BLOG. IT IS TOTALLY CONTROLLED BY THEM.

Prophetic Promises And The Word Of The Lord For The Perilous Days Ahead / Guidance, Protection And Provision: God spoke this, about these end-times through J Leland Earls in the 1960's when He said... "I am commanding all those who will hear my word to get into my boat or ark of safety for only therein shall you be safe in the end time storm which shall envelop the whole earth. And where is my ark of safety? It is even in the One who died for you and rose again, ascending on high for you, In Him and in His will for your life is there safety in these last days. So my people, get into the boat and there I shall protect you saith the Lord. more

Radiation Hitting the Streets of LA: Right after Chernobyl blew its top, Edward Teller said on the ABC Evening News in late April 1986, “The chances of a real calamity at a nuclear power station are infinitesimally small. But should it happen, the consequences are impossible to imagine.” The plume from the burning graphite at Chernobyl initially traveled in a northwest direction toward Sweden, Finland and Eastern Europe, exposing the public to levels up to 100 times the normal background radiation. Hope Burwell wrote, “On my first trip to Chernobyl in November 2000, I spent three days touring schools in Cherikov and the even more contaminated areas of the Mogilev district. more

Farmer Panic! Crops Die As Gov’t Blocks Wells: Farmers in Colorado are watching their fields dry up amid one of the worst droughts in the state’s history. But just a few feet beneath them, the water is so plentiful it’s flooding basements and causing septic systems to overflow. Yet the government will not permit farmers to pump the water to save their crops. With a lower-than-normal snowpack, farmers in northeastern Colorado who rely on the South Platte River are facing severe water shortages in which they are not able to even water some of their crops. Dennis Hoshiko, a fourth-generation onion farmer with 2,500 acres, said he has let around 15 percent of his land sit fallow this season because of a lack of water. more

Posse Comitatus Is Now Irrelevant: US Military Allegedly assisting Police By Using Drones: Under U.S. Air Force rules, drones are not allowed to conduct “non-consensual surveillance” on U.S. citizens or property, though there are some apparent exceptions. What has critics alarmed is that data collected by drones accidentally, under the guidelines, can be kept by the military up to three months before being purged and can also be turned over to “another Department of Defense or government agency to whose function it pertains.” The Air Force guidelines permit using drones domestically to assist law enforcement in “investigating or preventing clandestine intelligence activities by foreign powers, international narcotics activities , or international terrorist activities." more

Another boost for Obama's 'gay' accuser

War Machine: A Gold Mine for The Elite

Rubio: “We Need To Prepare People” For War With Iran

TSA In “Obscene” Grope Down Of Senior Citizen

Obama aides at war with each other

Retirement Age as High as 80 After Crisis

How long can Supremes avoid eligibility?

Breitbart: Glenn Beck is a Liar, Thief and Coward

As Costs Soar, Taxpayers Target Pensions of Cops and Firefighters

Acceleration Of Financial Meltdown Can't Be Stopped / From International Banker Friend: The Iron boot has been firmly planted to the pedal of this runaway tractor trailer that is heading off the cliff. All of the Euro banks including my former associates at the Royal Bank of Scotland (RBS) are all prepped and ready for the Euro collapse. What we in the inside are calling "Spanish Flue" is now running hot with temperatures that are setting ten year yields sky high. What many do not realize is that Bankia's demise has started a breach in all the firewalls and safety measures that are in place in the Eurozone. more
Eric Sprott: The Real Banking Crisis, Part II: Here we go again. Back in July 2011 we wrote an article entitled "The Real Banking Crisis" where we discussed the increasing instability of the Eurozone banks suffering from depositor bank runs. Since that time (and two LTRO infusions and numerous bailouts later), Eurozone banks, as represented by the Euro Stoxx Banks Index, have fallen more than 50% from their July 2011 levels and are now in the midst of yet another breakdown led by the abysmal situation currently unfolding in Greece and Spain. more Zombie Apocalypse, Parts 1, 2 and 3 – updated

President Obama's Secret Kill List: The leader of the government regularly sits down with his senior generals and spies and advisers and reviews a list of the people they want him to authorize their agents to kill. They do this every Tuesday morning when the leader is in town. The leader once condemned any practice even close to this, but now relishes the killing because he has convinced himself that it is a sane and sterile way to keep his country safe and himself in power. The leader, who is running for re-election, even invited his campaign manager to join the group that decides whom to kill. more

Preventive Alert Declared For Three Costa Rican Volcanoes: “The CNE’s alert is supported by reports from technical and scientific agencies that note the volcanoes are in constant activity,” the commission stated. Turrialba Volcano, 70 kilometers east of the capital, has seen significant volcanic and seismic activity in recent months, prompting the National Seismological Network to upgraded its own color threat level to yellow. Emissions of gas at Poás Volcano are expected to increase, and Rincón de la Vieja Volcano has also seen significant volcanic activity, the CNE noted. more

The Clinton divorce has exploded as skirt-chasing Bill was caught getting up close and snuggly with curvy sex-flick babes. Insiders say it was the womanizing politician's way of telling estranged wife Hillary: "Who needs you?" To find out more about the former President's night with X-rated stars - read this weeks' GLOBE.

Truth about those '80 communists in the House'

Spain Faces 'Total Emergency' As Fear Grips Markets: Spain is facing the gravest danger since the end of the Franco dictatorship as the country is frozen out of global capital markets and slides towards an epic showdown with Europe. “We’re in a situation of total emergency, the worst crisis we have ever lived through” said ex-premier Felipe Gonzalez, the country’s elder statesman. The warning came as the yields on Spanish 10-year bonds spiked to 6.7pc, pushing the “risk premium” over German Bunds to a post-euro high of 540 basis points. The IBEX index of stocks in Madrid fell 2.6pc, the lowest since the dotcom bust in 2003. Chaos over the €23.5bn rescue of crippled lender Bankia has led to the abrupt resignation of central bank governor Miguel Ángel Fernández Ordóñez, who testified to the senate that he had been muzzled to avoid enflaming events as confidence in the country drains away. more

New Big Brother Cyber Weapon Can Turn on Your Computer’s Microphone, Take Screen Shots, Copy Data, Record Communications: To the disbelief of many of our readers, in a 2011 report titled Everything You Do Is Monitored, we noted that microphones and cameras on cell phones and computers allow interested parties (translated to mean your respective government) to hear and see everything going on in the direct vicinity of the device without the knowledge of its owner. That these monitoring features are available on cell phones was a known fact, as FBI surveillance networks already have the ability to turn on any cell phone microphone or camera remotely without tipping off the user. It’s believed that this surveillance technique can work even when the cell phone user has shut down their phone, with the only surefire way to prevent such surveillance being removal of the unit’s battery. more

“Absolutely Every One” – 15 Out of 15 – Bluefin Tuna Tested In California Waters Contaminated with Fukushima Radiation: We noted more than a year ago: The ocean currents head from Japan to the West Coast of the U.S. Of course, fish don’t necessarily stay still, either. For example, the Telegraph notes that scientists tagged a bluefin tuna and found that it crossed between Japan and the West Coast three times in 600 days: That might be extreme, but the point is that fish exposed to radiation somewhere out in the ocean might end up in U.S. waters. more

As Gun Sales Skyrocket, What Is Your Source of Protection?

People seem to be getting ready for crime and riots to explode—by arming themselves to the teeth.

Have you got your gun yet?

Americans have always loved their guns, but lately they are loading up more than ever.

U.S. civilians lead the world in private gun ownership: They own an estimated 270 million guns—nearly nine privately owned firearms for every 10 people.

Precise gun sales figures don’t exist, but firearm manufacturers know the score. Because of exploding demand, they simply can’t keep the shelves stocked. Gun maker Sturm, Ruger and Co. received more orders in the first quarter of this year than the number of guns it made in all of 2011. Smith & Wesson said its backlog at the end of January was $198.5 million, 169 percent of what it was the year before.

The firearms industry grew 66 percent in economic impact (job creation and tax payments) between 2008 and 2011. And the number of calls to the fbi for background checks linked to buying a firearm is soaring. In March, there were 1.2 million of these checks—up 20 percent from March last year. It was the 22nd month in a row that this number rose.

Clearly, people are concerned. Many are anxious over economic instability and the potential for societal breakdown. As local, state and federal budgets are cut back, public services, including law enforcement, are being trimmed. A growing number of people just don’t think the government will protect them. Also, more and more believe the world is coming to an end and are bracing themselves to survive doomsday conditions.

Confirmed: Westfield Marriott Kicks Out ALL Guests 2 Days Ahead of Bilderberg

‘Citizen Militias’: Arizonans Vow to Take Matters Into Their Own Hands to Protect Border

Where's the lawman to run Obama out of town?

President Romney, Secretary of State Lieberman and War Against Iran

Bilderberg Digging Their Own Graves

House to Consider Handing Over Internet Regulation to United Nations

Fear of Bank Runs in U.S. Hit All Time Highs

Will Trump attaboy turn into cash for Arpaio probe?

Laying the Foundations for Preemptive Nuclear War Against Iran

ATF to accept public comments prior to outlawing shotguns

Fear Of Bank Runs Hits All Time High For Americans

Revolt Against Vaccines Leads to Mass Exodus From Texas Colleges

Barack Obama is reeling from a devastating revelation that threatens to end his presidency. Alarming new documents prove that he REALLY was born in Kenya. And insiders say his marriage is in a shambles. Read all about the damning 1991 documents that reveal Obama's true birth and why his wife Michelle has had it with him - only in this week's GLOBE. 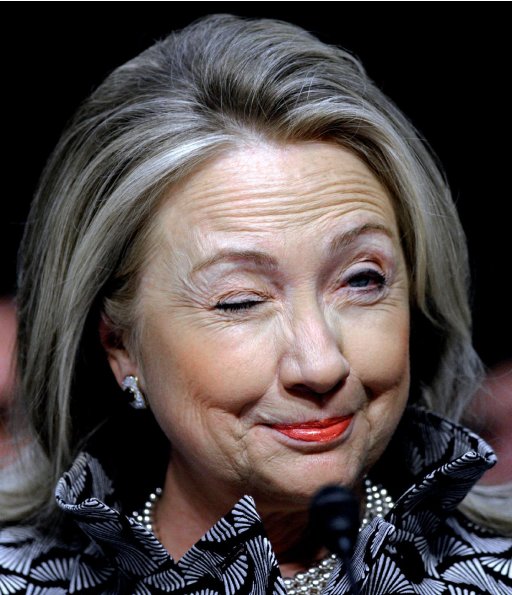 “5 Day Bank Holiday” To Prepare For Collapse of Euro

Hollywood Jazzes Up Fake Osama Raid For The Children

Sheriff Joe: 'I'm not going to call it quits'