GRANT NOT, O LORD, THE DESIRES OF THE WICKED; FURTHER NOT HIS EVIL DEVICE PSALM 140 - 9

Playing chicken with the nation: U.S. debt ceiling fiasco and total abandonment of leadership in Washington

No help with heating bills for poor next winter

Attorney, doc experts to show up at Hawaii
Department of Health with court document
--WND

Head Of Obama’s Jobs Council, Is Moving Jobs And Economic Infrastructure To China

Massive institutionalised corruption in élite America: Full text of Tropos Capital Corporation's G20 letter of Wednesday 9th March 2011 to Christine Lagarde reporting the unlawful interception of $700 billion by the US Federal Reserve Board
Robert Hryniak (Tropos President) and Dwayne Heppner (Ohio State Bar attorney) wrote to Lagarde when she was the G20 Finance President, and before she took over at the IMF.

The text of their letter, with six supporting papers, was circulated to all G20 Heads of Government and Finance Ministers in March 2011. The papers attached included a Tropos letter to US President Barack Obama (25.06.09 - text here), and Tropos letters to the Bank for International Settlements (02.11.10 and 22.11.10). Also included in the circulated bundle was a formal Notice of Default addressed to Chairman Binyamin Shalom Bernanke at the US Federal Reserve Board (05.07.10 - text here).

Hryniak and Heppner's letter of the 9th March 2011 reports, in detail, orchestrated malfeasance, default and deceit by the US Federal Reserve Board since November 2004 in blocking and diverting a properly executed ACATS wire transfer of $700 billion from the Bank of Taiwan to a Tropos trust account in the US.

The accumulated yield on the unlawfully intercepted trust corpus since the date of the original ACATS transfer is understood, now, to be a substantial multiple of the original $700 billion. Timothy Geithner was centrally involved in the misappropriation of the Tropos funds when he was President of the Federal Reserve Board of New York.

There is a suggestion that the BIS, in Basel, Switzerland, under improper pressure from the US Bush Administration in 2004, declined, initially, to refer the $700 billion theft to Interpol. More background here (22.07.11).

By The National Enquirer staff

As The ENQUIRER revealed in January, the 63-year-old politician had ballooned to 171 pounds due to binge-eating and a lack of exercise while crisscrossing the globe on diplomatic missions.
Her husband, ex-president Bill, reportedly urged her to check into a fat farm, but Hillary still appeared puffy when she landed in Bali recently.
“The new photos underscore what friends have heard – Hillary is in a bad way if she doesn’t slow down,” a close friend told The ENQUIRER.
“Based on her family medical history, she’s in real danger of suffering a heart attack – and no one wants to see her return to the United States in a body bag!”

Will Attempts By Politicians To Steal Police Pensions Be The Wake-Up Call Cops Need?

How Will You Protect Yourself From Heavily Armed Organized Gangs?

Authorities were called after the youngsters threw bottles and set fire to cars after being denied entry to a Hollywood film première.

The unruly crowd began partying on the streets in protest and when they refused to disperse, officers took drastic action. Allegiance to Satan or Who'd be a dustman in Cairo? Revolting pictures of piled-up rubbish give Egyptian capital label of Garbage City

Investors: The $1 Billion Armageddon Trade Placed Against The United States: Jack Barnes: Someone dropped a bomb on the bond market Thursday – a $1 billion Armageddon trade betting the United States will lose its AAA credit rating. In one moment, an invisible trader placed a single trade that moved the most liquid debt market in the world. The massive trade wasn’t placed in bonds themselves; it was placed in the futures market. more

Consolidation Of Seed Companies Leading To Corporate Domination Of World Food Supply: Throughout the history of agriculture across the globe, farming has always been a diversified sector of the economy. Small, self-sustaining, family farms were the order of the day in most cultures. Even as small farms grew larger and more specialized over time, many of them still saved seeds or purchased them from other farmers, which kept control of farming in the hands of the people. more

Remember the US Postal Service? They're closing nearly 4000 rural offices 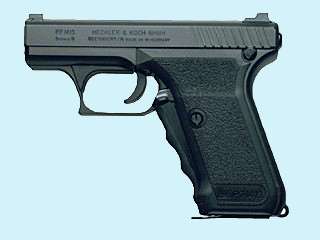 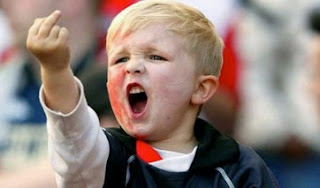 The Political Theater and the Debt Ceiling Crisis: Are We Being Had?

Trump: Obama Is 'Now Totally Lost,' Boehner Must Not Fold

Back to Earth with a bang: 4,000 shuttle staff to lose jobs after final Atlantis mission

New High: 46% Think Most in Congress Are Corrupt

Posted by Teddy Jacobson at 7:38 AM