PSALM 2 - WHY ARE THE NATIONS IN AN UPROAR ?

US poverty on track to post record gain in 2009 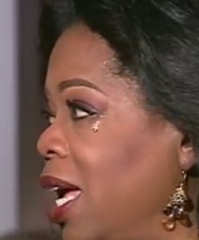 BIG PARTY WEEK FOR THE OBAMAS... 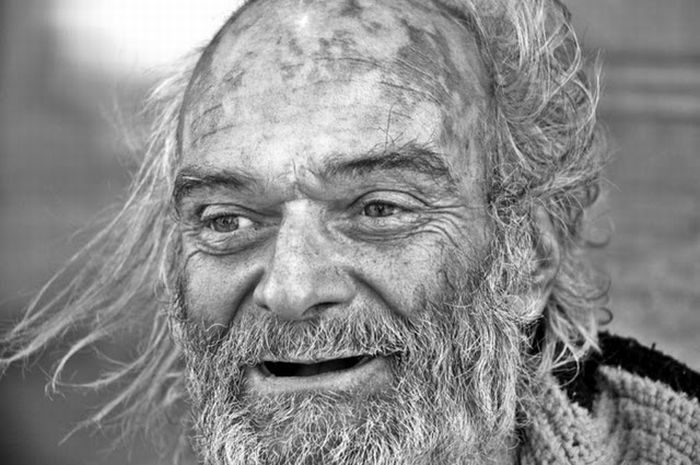 US Mint Running Out of Silver (and Excuses)

'This guy is ill-equipped to be our commander in chief' The eternal flame of Muslim outrage

Ground Zero Mosque Iman: If You Don’t Build It, They Will Attack

All information posted on this site is public knowledge and it is available for anyone from public search engines...

Clinton Talks World Government at the Council On Foreign Relations

Colin Powell on The View: 'We Must Go Forward' on Ground Zero Mosque

Syrian ruler warned off terror by US

The Obama administration has sent Syrian president Bashar Assad a stern warning that he will be held personally accountable and face consequences if Israel and the Palestinian Authority are subjected to a terror campaign - whether by Hizballah or the Palestinian extremist groups based in Damascus, debkafile reports from Washington. The warning went out Thursday, Sept. 2, as Israelis and Palestinians sat down to talk in Washington in the shadow of threats from extremists sheltering under Syria's wing and after two attacks on the West Bank.
The caution was put in Assad's hands in Damascus by Fredric Hof, adviser to US envoy George Mitchell as Israeli Prime Minister Binyamin Netanyahu and PA Chairman Mahmoud Abbas met for the first time under the aegis of Secretary of State Hillary Clinton and support of Egyptian President Hosni Mubarak and Jordan's King Abdullah.
debkafile's sources do not know exactly what was said at the interview but Saturday, Sept. 4, they confirmed the severity of the US message to the Syrian ruler.
Our military sources report that last week, Syria and Hizballah took joint steps against a possible Israeli strike against the sophisticated rockets which Hizballah is storing for safekeeping at Syrian bases close to the border and holding ready for immediate use. Hizballah militiamen have been visiting those bases to learn how to use the advanced hardware.
Assad is deepening his military partnership with Hizballah and advancing joint preparations for war under Iranian sponsorship. Last Sunday, Aug. 29, he urged Lebanese Prime Minister Saad Hariri to stand solidly behind Hizballah when they met in Damascus. The Syrian ruler stressed to Hariri "…the importance of supporting the resistance [a euphemism for terrorism used by radical Arab elements] as the only way to preserve Lebanon's strength and security against regional threats."

Our sources report that the hands of Assad and the Iran-backed Hizballah are detected in fomenting terror in another part of the Middle East - Iraq, especially in Baghdad.

NSA: U.S. Must Secure the Internet

Even America's liberal elites concede that Obama's Presidency is crumbling

Several major factors control the effectiveness of a nuclear EMP weapon. These are:

Beyond a certain altitude a nuclear weapon will not produce any EMP, as the gamma rays will have had sufficient distance to disperse. In deep space or on worlds with no magnetic field (the moon or Mars for example) there will be little or no EMP. This has implications for certain kinds of nuclear rocket engines, such as Project Orion.

The mechanism for a 400 km high altitude burst EMP: gamma rays hit the atmosphere between 20–40 km altitude, ejecting electrons which are then deflected sideways by the Earth's magnetic field. This makes the electrons radiate EMP over a massive area. Because of the curvature and downward tilt of Earth's magnetic field over the USA, the maximum EMP occurs south of the detonation and the minimum occurs to the north.[23]

How the peak EMP on the ground varies with the weapon yield and burst altitude. The yield here is the prompt gamma ray output measured in kilotons. This varies from 0.115–0.5% of the total weapon yield, depending on weapon design. The 1.4 Mt total yield 1962 Starfish Prime test had a gamma output of 0.1%, hence 1.4 kt of prompt gamma rays. (The blue 'pre-ionisation' curve applies to certain types of thermonuclear weapon, where gamma and x-rays from the primary fission stage ionise the atmosphere and make it electrically conductive before the main pulse from the thermonuclear stage. The pre-ionisation in some situations can literally short out part of the final EMP, by allowing a conduction current to immediately oppose the Compton current of electrons.)[24][25]

How the area affected depends on the burst altitude.

A high-altitude nuclear detonation produces an immediate flux of gamma rays from the nuclear reactions within the device. These photons in turn produce high energy free electrons by Compton scattering at altitudes between (roughly) 20 and 40 km. These electrons are then trapped in the Earth's magnetic field, giving rise to an oscillating electric current. This current is asymmetric in general and gives rise to a rapidly rising radiated electromagnetic field called an electromagnetic pulse (EMP). Because the electrons are trapped essentially simultaneously, a very large electromagnetic source radiates coherently.

The pulse can easily span continent-sized areas, and this radiation can affect systems on land, sea, and air. The first recorded EMP incident accompanied a high-altitude nuclear test over the South Pacific and resulted in power system failures as far away as Hawaii. A large device detonated at 400–500 km (250 to 312 miles) over Kansas would affect all of the continental U.S. The signal from such an event extends to the visual horizon as seen from the burst point.

Thus, for equipment to be affected, the weapon needs to be above the visual horizon. Because of the nature of the pulse as a large, long, high powered, noisy spike, it is doubtful that there would be much protection if the explosion were seen in the sky just below the tops of hills or mountains.

The altitude indicated above is greater than that of the International Space Station and many low Earth orbit satellites. Large weapons could have a dramatic impact on satellite operations and communications; smaller weapons have less such potential.

Typical nuclear weapon yields used during Cold War planning for EMP attacks were in the range of 1 to 10 megatons (4.2 to 42 PJ)[27] This is roughly 50 to 500 times the sizes of the weapons the United States used in Japan at Hiroshima and Nagasaki. Physicists have testified at United States Congressional hearings, however, that weapons with yields of 10 kilotons (42 TJ) or less can produce a very large EMP.[28]

The EMP at a fixed distance from a nuclear weapon does not depend directly on the yield but at most only increases as the square root of the yield (see the illustration to the right). This means that although a 10 kiloton weapon has only 0.7% of the total energy release of the 1.44-megaton Starfish Prime test, the EMP will be at least 8% as powerful. Since the E1 component of nuclear EMP depends on the prompt gamma ray output, which was only 0.1% of yield in Starfish Prime but can be 0.5% of yield in pure fission weapons of low yield, a 10 kiloton bomb can easily be 5 x 8% = 40% as powerful as the 1.44 megaton Starfish Prime at producing EMP.[22]

The total prompt gamma ray energy in a fission explosion is 3.5% of the yield, but in a 10 kiloton detonation the high explosive around the bomb core absorbs about 85% of the prompt gamma rays, so the output is only about 0.5% of the yield in kilotons. In the thermonuclear Starfish Prime the fission yield was less than 100% to begin with, and then the thicker outer casing absorbed about 95% of the prompt gamma rays from the pusher around the fusion stage. Thermonuclear weapons are also less efficient at producing EMP because the first stage can pre-ionize the air[22] which becomes conductive and hence rapidly shorts out the electron Compton currents generated by the final, larger yield thermonuclear stage. Hence, small pure fission weapons with thin cases are far more efficient at causing EMP than most megaton bombs.

This analysis, however, only applies to the fast E1 and E2 components of nuclear EMP. The geomagnetic storm-like E3 component of nuclear EMP is more closely proportional to the total energy yield of the weapon.[29]

A unique and important aspect of nuclear EMP is that all of the components of the electromagnetic pulse are generated outside of the weapon. The important E1 component is generated by interaction with the electrons in the upper atmosphere that are hit by gamma radiation from the weapon — and the subsequent effects upon those electrons by the Earth's magnetic field.[26]

For high-altitude nuclear explosions, this means that much of the EMP is actually generated at a large distance from the detonation (where the gamma radiation from the explosion hits the upper atmosphere). This causes the electric field from the EMP to be remarkably uniform over the large area affected.

Claims of Recovery But Results Nowhere To Be Found

More Troops for Afghanistan in the Works

Iran is secretly moving some of its most sensitive nuclear research facilities and materials from Tehran and the Arak heavy water plant to huge storage areas around the new nuclear reactor at Bushehr, along with advanced missiles from the southern province of Khuzestan, debkafile discloses.

The fueling of the reactor since inaugurated Aug. 21 makes the location safe from air or missile attack for fear of environmental radiation. Tehran is exploiting this advantage.

The Mystery of Barack Obama Continues

Why did Nasrallah devote his pro-Palestinian speech to Iraq?

Terrorists attacking US troops in Iraq are masterminded, trained and abetted by officers of the Lebanese Hizballah. A US intelligence source told debkafile Monday, Sept. 6: "Hizballah is striking US targets in Iraq as sub-contractor for Iran and Syria."Our sources report Hizballah is spearheading their drive to resuscitate the Eastern Front which threatened Israel in the days of Saddam Hussein. Its contemporary form would be led from Tehran.

Work Until You’re Dead? That May Be the Only Option for Many Americans

The Reckless Mess Created by The Fed

Iran pays $1,000 for each U.S. soldier killed by the Taliban

CAROLINE KENNEDY is so ticked off at the OBAMAs she coldly snubbed them during the family's recent vacation to Martha's Vineyard, sources tell The ENQUIRER.
READ MORE >>